[my deals app]College Athletes Score, Cutting Deals as a New Marketplace Is Born

From hurdlers to quarterbacks, students signed contracts and began to pull in some of the millions that could be made this year alone. 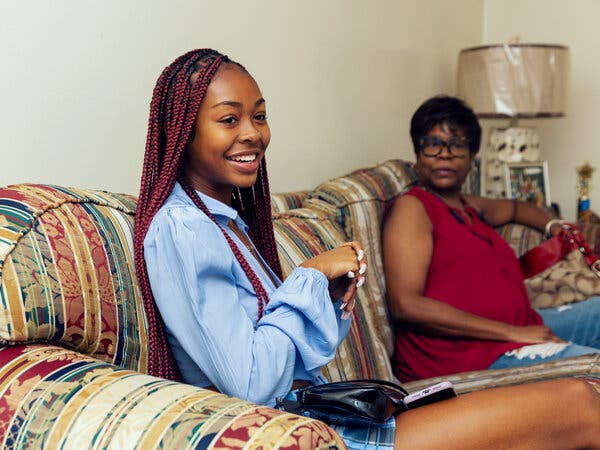 Rayniah Jones, left, a star hurdler at the University of Central Florida, discussed business opportunities with her mother, Gwen Weaver, as a new era for N.C.A.A. athletes began Thursday.Credit…Alfonso Duran for The New York Times

Just after midnight on Thursday, Jones, a star hurdler at the University of Central Florida, tapped through an iPhone app and saw something that N.C.A.A. rules had forbidden only minutes earlier: an offer of $2,500 to make three appearances at local Y.M.C.A.s.

“This is a new addition to my life,” she said after sunrise as she sat in the living room of her mother’s apartment, about 40 minutes southwest of downtown Miami. “I’m just trying to test it out and see how it’s going to go and to see how my life is going to change.”

The college sports world lurched into a new era on Thursday, when, for the first time in the 115-year history of the N.C.A.A., student-athletes nationwide became eligible to make money off their fame. The shift, brought about by a wave of state laws and public discomfort over a business model that offered little cash to the players at the heart of a multibillion-dollar industry, is likely to direct millions of dollars a year to students across the country.

Haley and Hanna Cavinder, twins who play basketball at Fresno State and have become social media stars, signed deals with cellphone and nutritional supplement companies. Jordan Bohannon, a basketball player at Iowa, made an appearance at a fireworks business near Des Moines and introduced an apparel line. Bo Nix, an Auburn quarterback, endorsed a Southern tea brand. Dawand Jones, an offensive tackle for Ohio State, hawked scented candles. Miami’s star quarterback, D’Eriq King, offered signed helmets for $599.99, struck a deal with College Hunks Hauling Junk and Moving for roughly $20,000 and set a rate of $2,000 an hour for appearances.

And on a day that sometimes resembled a college sports Black Friday, replete with gamesmanship and posturing and doorbuster mystery, companies jockeyed to declare that they had been the first to sign a college athlete to a deal.

College sports officials, meanwhile, watched in wonder. Many of them publicly welcomed the change in rules that for years had made the N.C.A.A. a target of litigation and legislation.

“I don’t think the sky is going to fall,” Heather Lyke, the athletic director at Pittsburgh and a member of the N.C.A.A. panel that this week recommended coast-to-coast clearance for players to earn money, said in an interview Thursday morning. “This is on the student-athletes to take advantage of these opportunities.”

Universities will not pay salaries to players under the new rules, and athletes will not be permitted to accept money from anyone in exchange for enrolling at a particular school. (As much as the N.C.A.A. might wish otherwise, the easing of its policies on profiting from names, images and likenesses will not end the pressure on the organization, which lost an antitrust case before the Supreme Court last week and is still facing other litigation on the issue.)

But beyond a near certainty that most athletes will earn only meager sums, if anything at all, it is unclear how many players might ultimately profit from their fame. Lyke predicted that less than a quarter of Pitt’s athletes would benefit in a meaningful way, an estimate perhaps informed by a meeting she and other officials had with football players on Wednesday before a paintball outing.

“I’d say 70 percent of them were more excited about talking about paintball,” she said.

Still, Opendorse, a Nebraska firm that helps generate endorsement opportunities, said college athletes had received more than 1,000 offers through its system on Thursday. Icon Source, the platform through which Jones received her offer, transmitted scores of contracts on Thursday and said more than 2,000 athletes had built profiles on its platform. Dreamfield, a Florida company specializing in personal appearances by athletes, reported that 62 businesses had registered to use its platform in the first 12 hours it was available. 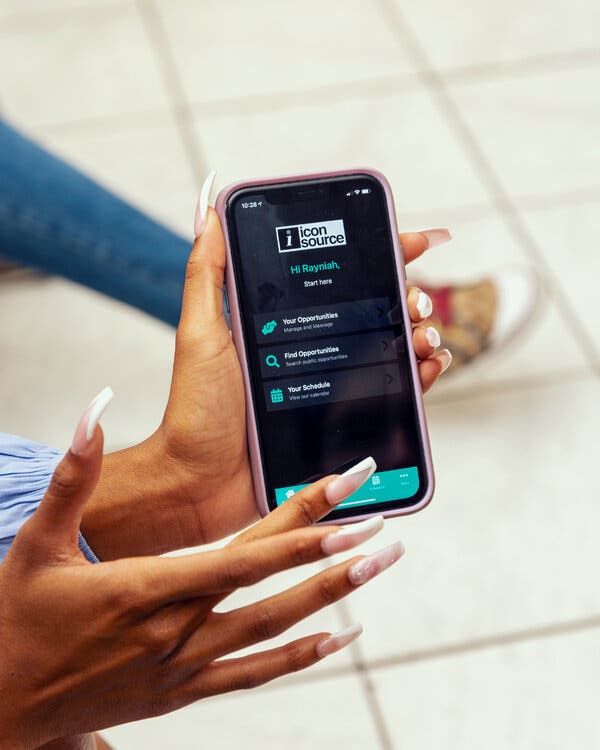 Dreamfield’s chief executive, Luis Pardillo, had expected a burst of activity on Thursday as the marketplace opened. He and many other executives acknowledged that the frenzy was very likely to die down quickly.

“I think there’s going to be a sophomore slump in the industry as other businesses come out of this Covid era where they’re re-establishing their marketing budgets and as companies realize the opportunities to partner with local celebrities that they’ve never had access to,” he said. Executives believe, though, that college athletes will ultimately command deals of all sizes.

Some companies were eager to enter the blossoming scene. Some cited an altruistic interest in supporting student-athletes. Others saw a marketing strategy that would be more affordable than hiring a professional athlete. Many wanted, most of all, to tap into the vast social media presences that athletes have, a desire that could prove particularly advantageous to female athletes, who often have enormous online audiences.

Tom McMahon, who oversees Florida operations for Milner, the business technology company that extended offers to Jones and three other women, said in an interview that his firm had chosen the athletes with their online presences in mind. But he said he was betting that appearances at clinics held at Y.M.C.A.s would deepen relationships with clients who might bring their children to meet local stars and Olympic hopefuls.

“You can come to that event, hopefully bring a child with you, your son or daughter, and we create an experience for them, and there’s always that connection,” he said. “It fits our budget, the kids win and everyone wins.”

And so on Thursday morning Jones, the national runner-up in the 100-meter hurdles last month, talked through the offer with her mom. Jones, 19 and an aspiring lawyer, wanted to study the contract and consider whether the offer was fair.

“They want me to go speak to three Y.M.C.A.s,” Jones, who first noticed at a fifth grade field day that she had some speed, said with a smile and an even voice.

“That could be kind of awesome,” replied her mother, Gwen Weaver, who had just counseled her daughter to research the reputations of any companies that sought her time. They talked through the schedule of payments, and Jones made plans to call an official at Icon Source to ask a few more questions. She leaned toward accepting.

Backed by a full scholarship and a stipend of $2,000 per semester from Central Florida, she said she was not seeking a fortune — maybe some spending money, maybe something for savings, maybe cash toward a car. She is also not looking for deals that take over her calendar, which just featured her first appearance at the Olympic trials.

“I definitely want to rely on flexibility and just not stressing myself out,” said Jones, who is heading toward her sophomore year but has already grown frustrated by N.C.A.A. strictures. “It’s a change, but it’s not like, ‘Oh my gosh, I have to plan for all these offers I’m going to get.’”

Later on Thursday, she reached out to Icon Source. Soon after, she accepted the offer.